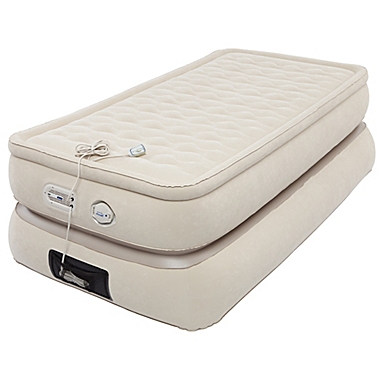 Hide
Enjoy the luxury of a comfortable mattress anywhere with the Aerobed Pillowtop Air Mattress with USB Charger. The 24" tall air mattress is topped with a pillow feel for superior comfort and features an integrated USB port for charging devices.