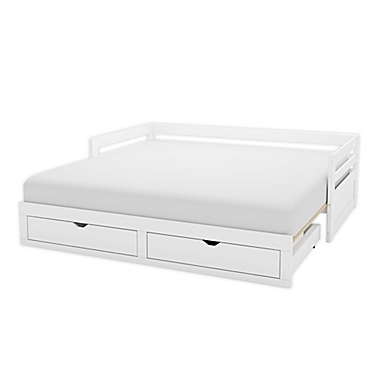 The Jasper Twin-to-King Daybed will make a stylish and versatile addition to your child's bedroom or your guest room. This bed can extended by pulling out the included trundle, and its drawers offer ample storage space for clothing and bedding.