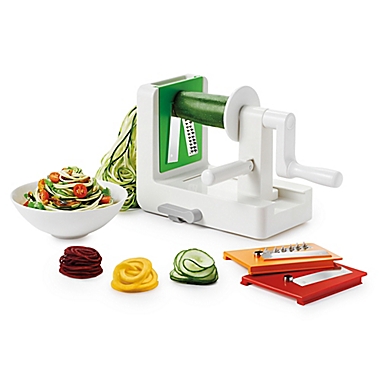 Hide
Turn the handle of the Tabletop Spiralizer from OXO Good Grips to create vegetable noodles and uniform spirals for garnish, curly fries and salads. By simply changing the blade, you can get creative with fruit and veggies when it comes to cooking.