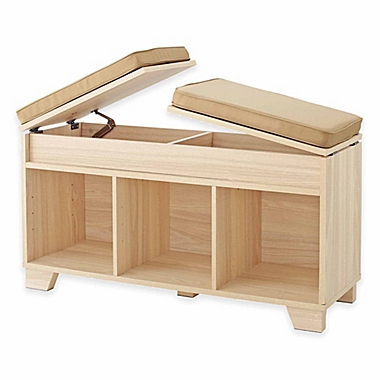 This Real Simple Split-Top Storage Bench with 3-cube compartments provides a customizable storage bench with cubby for a variety of storage needs. This unit is perfect for any coastal themed room and adapts to any den, bedroom, office, or bathroom.

We'll let you know about the latest deals & newest products. New subscribers get 20% off entire purchase.