SmartBidet Electric Bidet Seat for Most Elongated Toilets in White 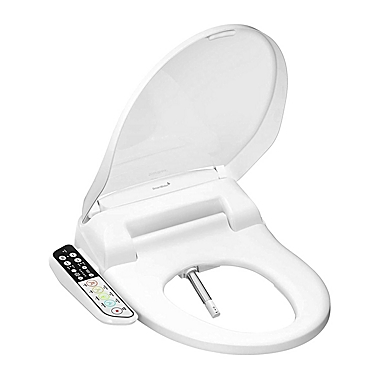 Easy to install and easy to use, this Electric Bidet Seat has multiple wash functions with adjustable water pressure and temperature options and a self-cleaning nozzle. It also features a heated seat for extra comfort during those chilly winter months.