the beyond cooking event: get 2x points on kitchen shop now 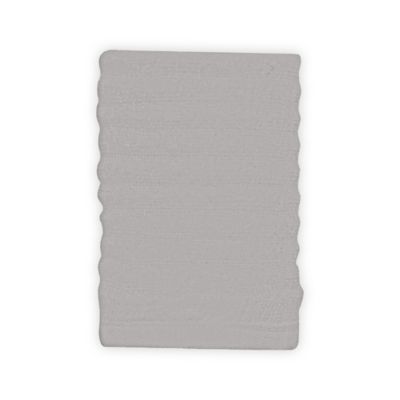 Just want you to know the sky grey color is more like a pastel sage. Very pretty.

Unravels after a few washes

Missprez.2 years ago
Not Recommended

Save your money— and we are done trying to support this floundering company with poor quality products. I bought five towels the first part of June for the use of two people. By Aug 4 one of the towels was unraveling. Customer Service said it was past the replacement date of a faulty item—- so basically your towels have only a few day warranty that the company will stand by. Ironically, this is a product that is exclusive to the company—- which equals crappy quality. Save your hard earned cash.

Definitely recommend these towels! I’ve been on the hunt for good towels for a while and these are fantastic. They look great, and are very comfy and absorbent. My picky fiancé likes these more than the dream towels from pottery barn. They’re definitely worth the money!

These are the worst towels I have ever purchased. I washed per instructions before setting the out for use and they had already begun to fray. I think we lasted three months before going to Target and grabbing some Threshold towels which have lasted well so far.

After the first wash

So far so good washed up nicely light and fluffy.

Best towels I’ve ever had!

So surprised by some of these negative reviews! I have had these towels for several months and they have held up beautifully! I bought two bath towels, two bath sheets, and two hand towels. They are super soft and absorbent and dry quickly. I use them anywhere from 5-7x per week, and generally use each seat for about a week before washing and switching to the other set. I have washed both sets dozens of times and I haven’t noticed any fraying on them other than a loose strand every so often. I’m very impressed and have been more happy with these towels than any other towels I’ve ever had.

We love these towels! They are soft and absorbent!

The towels were fine, but I had ordered them to match rugs that I ordered at the same time. I ordered peony blush and got silver peony. The blush is a dusty rose and the silver was a peach color.

My mom was looking for a nice new set of towels and these were the perfect find for her. They are soft yet durable and do a great job of drying you off without getting sopping wet.

I am very pleased with my purchase.

I like this towel. It’s soft and dries quickly in the dryer.

EXACTLY what I was looking for

EXACTLY what I was looking for, for my daughter and her boyfriend. They LOVE them! Washed up well. Dried well. And, exceptional softness and feel-goodness when getting out of the shower. GREAT absorption too!

Upon washing before use the edges of towels unraveled. Poorly made product. Do not purchase.

These are excellent, nicely made towels. We've had them for at least a year and they look as good as when we bought them. It takes a few washings before they are ultra absorbent. They are soft and feel lush. The sky grey is more of a sage green.

I absolutely love this blanket. It is heavy enough to be warm but not too heavy so as to make you sweat while you sleep. I live in California so I don't need a super heavy blanket, so I don't know how it would be if you needed something super heavy but it is perfect for me. It's hard to find 100% cotton or wool these days and I don't like the thought of breathing synthetic materials when I sleep so that was the feature that sold me. And sometimes cotton can stretch but so far this one has kept it's shape.

I bought these in a nice sage green. When dry, they feel very soft and pleasant, but, while drying myself after a shower, they turned cold and clammy.

I never write reviews but it needed to be done. I washed them before I was going to use them and the edges shredded. They looked worse then my towels that are ten years old! I returned less than 24hrs. Don’t waste your time!

Absolutely amazing towel they are Soft and dry you very fast

Unravels after a few washes

Save your money— and we are done trying to support this floundering company with poor quality products. I bought five towels the first part of June for the use of two people. By Aug 4 one of the towels was unraveling. Customer Service said it was past the replacement date of a faulty item—- so basically your towels have only a few day warranty that the company will stand by. Ironically, this is a product that is exclusive to the company—- which equals crappy quality. Save your hard earned cash.

I ordered 8 bath towels and they unraveled and showed white blotches of discoloration after the very first wash before they were every used. There were truly awful quality and very disappointing. I am returning the towels as well as the matching wash cloths, hand towels, and bath mats.

This towel has been washed only once and already the hem is ruined. I purchased a lot of these towels and fear the same thing will happen to the rest of them.